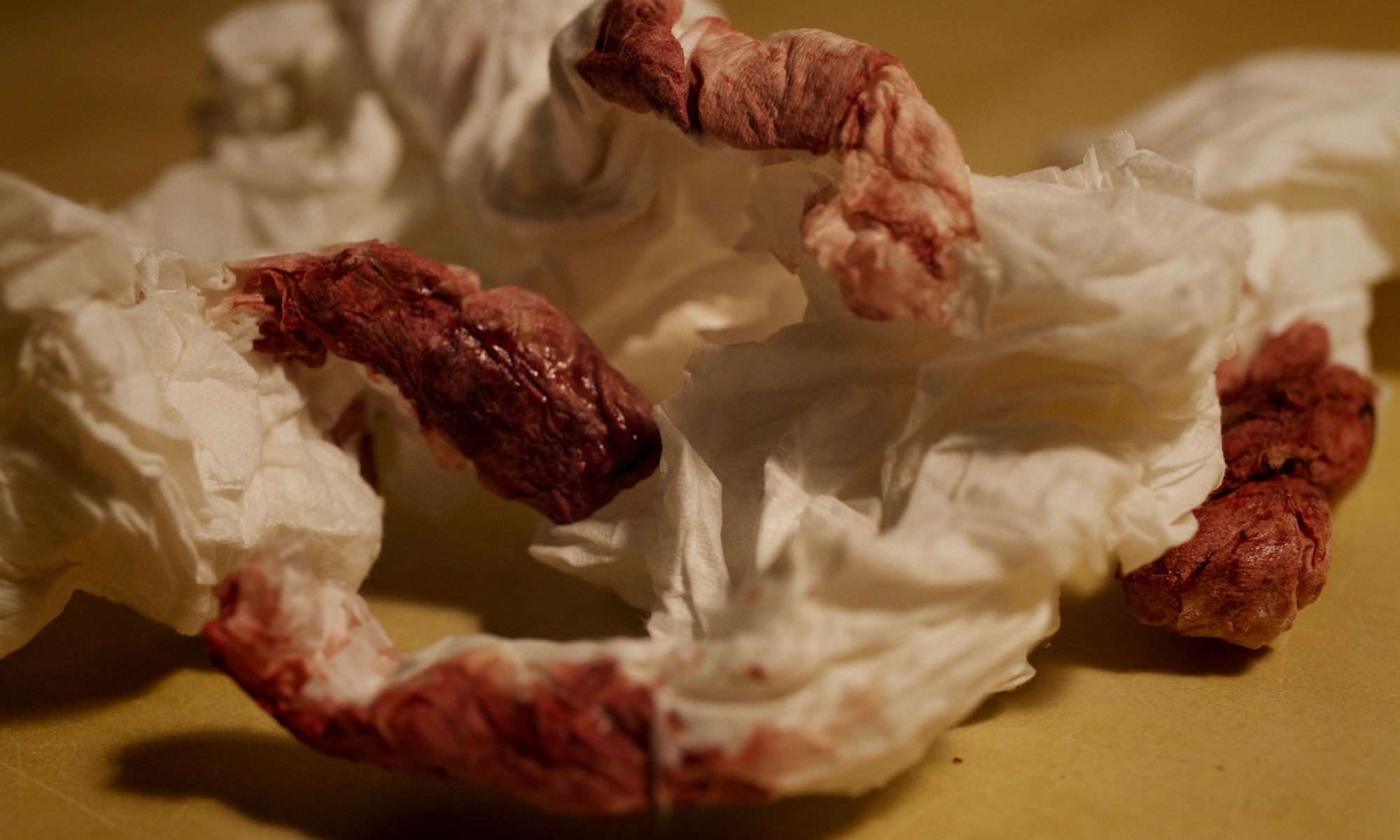 “Humans are dumb and they die easy.” —Bender Bending Rodriquez

My trashcan is a bucket of sick. It’s not surprising. I work at a K-12 school. On top of that everything outside is coated in the light green dusting of Spring. There’s only so much a body can take, even for a paragon of perfect health such as myself.

I normally don’t get sick. Simply refuse to, you see.

(one has to be firm about these things.)

Yet, as I wrote, there is only so much one’s system can withstand. So, in addition to my steadfast determination to not get sick, I include a regiment of vitamin D supplementation. I also take some exercise and eat a healthy diet—more or less. There I draw the line on preventative measures. I know medical science has created wonders, but I already caught the Asperger’s from my immunizations as a child. I’ll be damned if’n I’ll get my flu shot and exacerbate the issue!

Yet, when I do succumb, such as I have recently, I shore up my defenses with daily rounds of Zicam™ and Airborne™. Two, three, days of this and I’m right as the acid rain which miraculously no longer threatens to melt the world. But this time the double whammy of sick children and allergens in the air have pushed me into a second week of ick. I’ve had to purchase additional bottles of Zicam™ and Airborne™. That’s increased my medical expenses into the $40 range.

I like to joke with my wife that any little pain is Death making his call on me. While that always produces a hearty laugh, the raspy gaffaws and sharp pains I’m experiencing now are a trifle ominous. I am afraid I might have to . . . ugh! . . . go to the doctor.

No, no, no. That’s crazy talk. Right! Rub some dirt in it. Soldier on. There’s a good lad! What’s the worst that can happen? A THIRD week of Zicam™ and Airborne™? Preposterous!