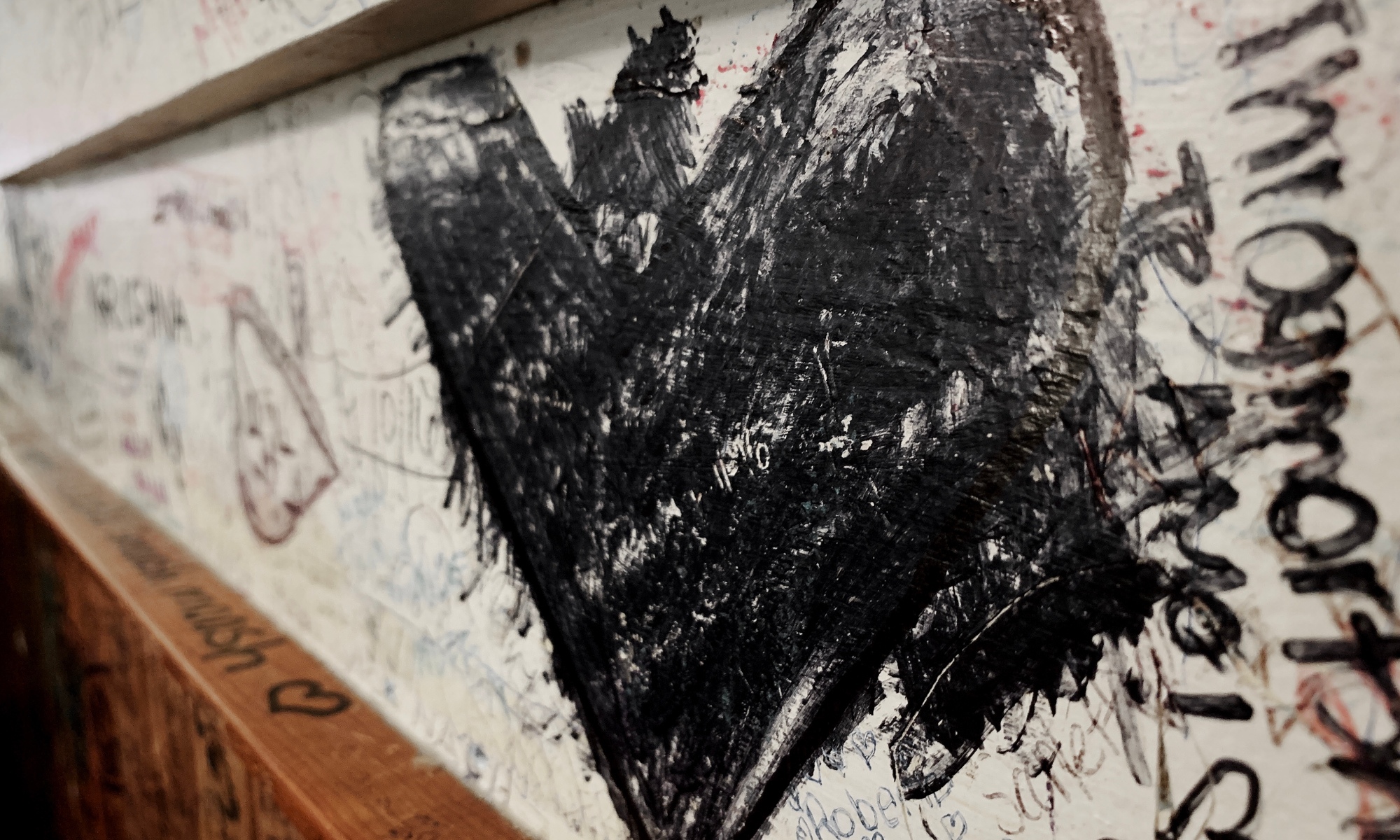 ”Got a sharp mouth a sharp tongue” —G. Love

My wife is the best.

You’re incredulous. I get it. You’re wondering, out of all the 70 hundred million billion wifes out there, how can I make such a bold claim? Cause this happened:

I was having a bad day. Full disclouse (assuming you don’t want to read the link provided), the shituation was completely my fault. I even realized it at the time. Regardless, a shit storm’s a shit storm and as much as I’d like to be a stoic master, I am not. I went full Hulk over some minuscule entitlement that was being denied me: Popeyes was out of chicken, for the moment, and I was going to have to wait for a full 15 minutes to get a freshly made batch.

Because I let things get out of hand, this “small stuff” moment snowballed into a comedy of errors culminating in my receiving a doing-75-in-a-50 speeding ticket. By the time I got home I was full Asperger’s-meltdown, kick-the-dog furious.

(relax! we didn’t. we love our dogs. though they did stay as far from us as they could for a couple hours.)

It’s good to get these things out, right? I thought I’d rant to Vicky, my wife, as a release. I was trying not to lose my shit while texting with her, but in recounting the events of my bad day I . . . *sigh* . . . lost my shit. As I was stomping around the house, I noticed (yet another!) Benadryl pill on the floor. In the previous few days I’d found 3 or 4 randomly scattered around the house, this one was in the garage. Before I knew it I’d snapped a picture and sent the following text:

Why are there Benadryl pills all over the fucking place?

Instead of karate chopping me in the throat, she asked me, “Where?”

I’m fairly sure she didn’t care where I found it, she was just asking to politely acknowledge she’d heard my bitching. In fact, I know she didn’t care because when I texted her my response, she fell silent. At this point she could have called a hit-man, instead this radio-silence was her ordering me some fried chicken from another Popeyes in the area and having it special delivered via Door Dash.

You might be thinking, “Hot damn! That’s AWE-some!” And you’re absolutely right. It is awesome to the max (as the saying goes). But it’s not the most awesome part. You see, because she knows my personality, and meltdowns, and because she’s a woman who obsessively watches the true life crime stories, she stores things away with the intent to use them against me later. It is quite humbling, and disturbing, how deep and precise her cuts can be.

Case in point, the very next day I had the following picture and text from her (she had worked late the night before and made it home well after I’d gone to bed):

What is this incense doing on the ground that I found when I got home??!!!

UP! MY! FACE! It doesn’t get any better than that.

And that’s why I know my wife is the best.

(for those of you who don’t know G. Love, whom is quoted throughout, here is the video of the song which is the namesake and backdrop for this post)

8 Replies to “My Baby’s Got Sauce”