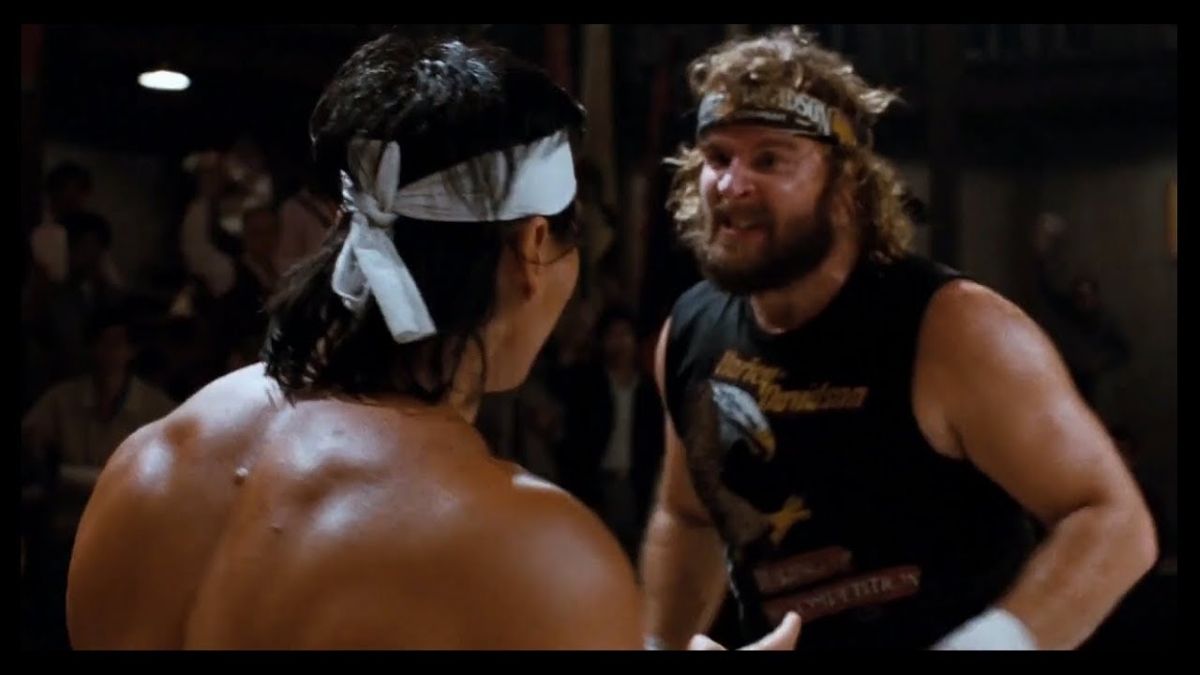 Did you know that after his humiliating defeat by nerds (Revenge of the Nerds) and subsequent conversion into a nerd (Revenge of the Nerds 2: Nerds in Paradise), Ogre realized he had to do something to get his brohood back? That is why he traveld to Hong Kong to fight in the kumite. Sadly, being a secondary character, there was no chance for a happy ending for old Ogre. Thus the nerdification had left him too flaccid and inoffensive, which lead to his third, pride obliterating defeat. Sorry, brah.