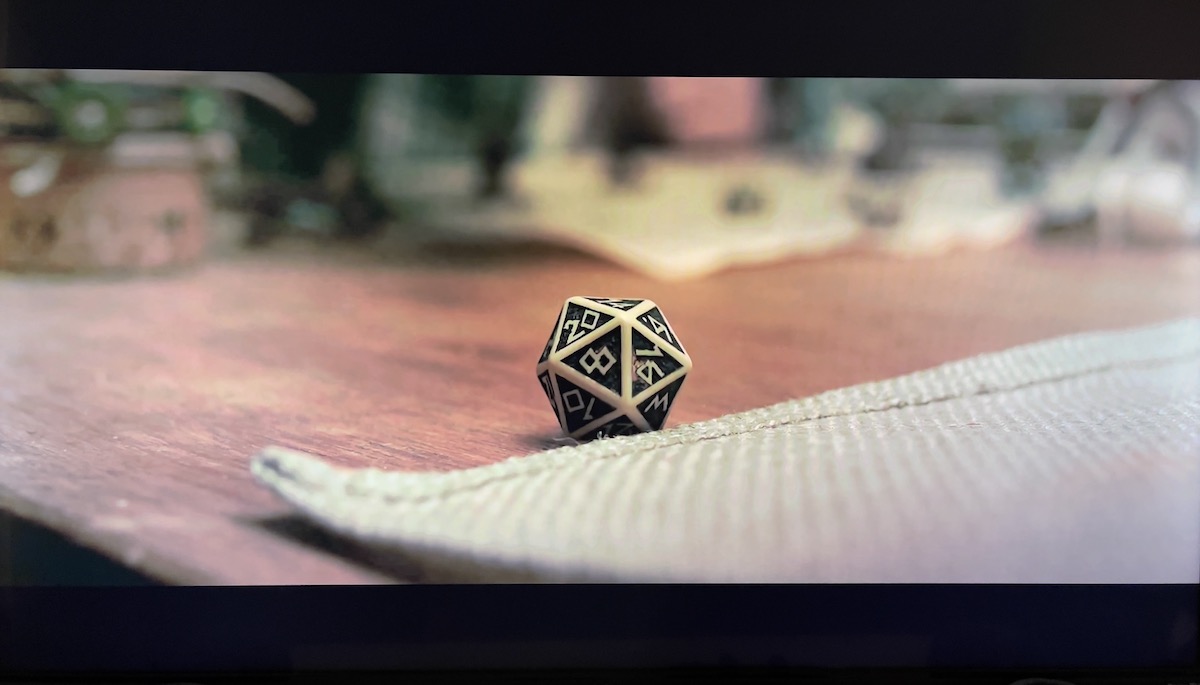 After unplugging her brother’s vidja game box in the middle of a game, Barbara Thorson (Madison Wolfe) boldly claims, “The die never lie.” The dice referenced was a d20 roll she had just made, whereby he had failed to save versus a blackout spell. Being a D&D purist, I rewound the video and sure enough the dice (pictured above) clearly shows yurteen, the requisite number to fail a saving throw verses a blackout spell.